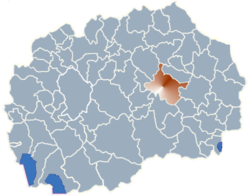 Selce is a village in the Stip municipality of Macedonia. Selce original name (with diacritics) is Selce. Selce distance is 10.4 km / 6.46 mi away from the center of the municipality.