He graduated at the Philological Faculty in Skopje, at the Comparative Literature Department. 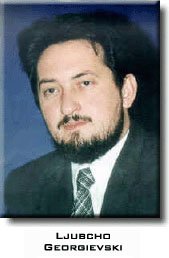 The development of his career:

-In 1991 vice-president of the Republic of Macedonia;

He has been on the function President of VMRO - DPMNE from the very beginning.

He is an author of three books: the poetry books "Apocalypse" and "City" and "Direct interventions with short stories into the anatomic structure of history" - short fiction.