About Roman authority in Macedonia

In the year of 167 BC was called an assembly in Amphipolis, between representatives from the Macedonian cities on one, and by Romans on other side, represented by Pavle Emilius himself. In front of the scared people he mentioned "Before all the Macedonian will be free, they will have same cities and territories as before, they will respect Roman laws and choose their magistrates every year. They will pay taxes half of the sum they were paying to their kings."

But, Emilius mentioned that Macedonia will be divided on four areas. In the first area were the territories between the river Struma (Strimon) and Mesta (Nest), were put in some places from east and the areas that had conquered Philip 5th and Perseius and western of the river Struma, Bysaltia and Heraklea Lynkestis. Capital of the first area was Amphipolis. In the second area were the regions between the river Struma (Strimon) and Vardar (Axios) and a part of Paionia eastern of Vardar, with Salonica as capital. The third area was of the regions between the rivers Vardrar and Peneius, a part of Paionia and capital Pella. In the fourth area were the regions of Upper Macedonia where lived the Eordaians, Lynkestists and the Pelagonians, which had areas of Illyria, like Antipatia, Tymphaia, Paraveia, and pa part of Paionia. Capital of this fourth area of Macedonia was Pelagonia. This four areas "meridi" represented four autonomous republics which had no political and economical relationships. Main administrative units were the city municipalities (civitates) and in every republic the assembly (synedrion). The merchant connections with the other areas, stealing of gold and silver, marriages between people from different areas were foreign. 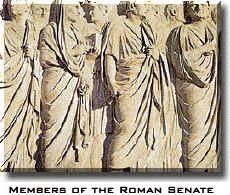 The Romans on purpose divided Macedonia (same as Paionia) so they can destroy the political and economic rule of the Macedonians in the country. Coins were made all over the Macedonian territory, but now Roman. A lot of towns got bigger and became important stops, like Stobi, Heraklea Lynkestis, Pella, Amphipolis.