Condition of Macedonia under Roman rule

By the two people who represented themselves as Alexander, the second son of Perseius and the fake Philip in 142 BC, were marked as last tries to destroy the Roman authority in Macedonia. Macedonia lives as part of the Roman Empire until the end of the antique. In that long time period geographical-ethnic name for Macedonia was changing, because of its administrative borders. That's way Cicerone said that the borders of Macedonia are there where the Roman weapons is. By the establishment of the province of Macedonia in its part became the regions, Illyria and Thessaly and Epirus. Many changes survived the north border, because of the attacks of Barbarian tribes as the Dardanians, Skordyscius Medy and other... In the defense that took Kras against them and he defeated them the border changed up to the river Danube.

From the year of 27 BC, when the emperor Augustus made the division of the provinces on Senate and Tzar, Macedonia as a province became a Senate and from its territory was deleted the area of Achaia. Achaia got territories from Epirus and Thessaly. By this division on more territories the territory of Macedonia got smaller. Between the years of 2 AD and 6 AD, Mezya got out from the territory of Macedonia, as war base, and in the year of 15 AD Achaia was united with Macedonia in one imperator province. When more new territories were conquered beside Danube was separated the province of Illyric, as imperator. And in 44 BC as province was separated Thrace and in the middle of the 4th century AD Thessaly again was united to Macedonia. By the changes made by Dyoclecianus, Macedonia became a region of municipality of Mezya, and in the period of the ruler Constantine in the prefecture of Illyric. By the end of the 4th century, Macedonia was divided on two provinces, Macedonia Prima and in the documents of this period can be mentioned Macedonia Salutaris. But at the end of the 5th century there was another division on Macedonia Prima and Macedonia Secunda. Capital of Macedonia Prima was chosen Thessalonica and for Macedonia Secunda, Stobi near Gradsko. 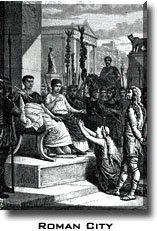 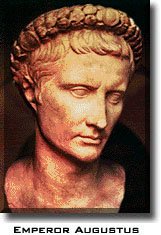 By the changes of the Macedonian borders the population of Macedonia started changing. This started even from the period Alexander the Great, when the number of the Macedonians got smaller. In the period of the migration politic, spread by the Antigonides, the country got strong Hellenized and in the Roman period the number of Roman settlements got extremely big. Beside them in Macedonia lived also Illyrians and Thracians and in the period of the late antique a lot of Barbarian tribes.

As a Roman province Macedonia was robbed of many ways. Before all, its natural treasures, first of all the mines got in the hands of the Romans right after the battle at Pidna in 167 BC. The population had to pay taxes to the Romans: tax of the land (tributum soli) and for head (tributum capitis), for the people without land other works (munera, vectigalia). Macedonia had to give people to be Roman soldiers in war period, for the Roman "helpful brigades" (auxilia).

In Roman period there were a lot of cities in Macedonia, number near 90. Later this number got smaller. Some of that cities were kept from the early period of the Macedonia history, such as Ajga (Kutleš), Pella, Beroia and others. Also some of the time of Philip and the dynasty of Antigonides, Heraklea Lynkestis, Philipy, Thessalonica... Big centers of in the Roman period were the cities Heraklea Lynkestis (today at Bitola) and Stobi (Gradsko), located on important roads Stobi lies on the road between Thessalonica (Solun) - Scupi (Skopje) - Nais (Niš) - Sirmium (Sremska Mitrovica) and on the road that lead to Serdica (Sophia) to Heraklea Lynkestis on the road Via Egnatia. The road Via Egnatia (Rome - Drač - Lychnidos - Heraklea Lynkestis - Thessalonica - Constantinople) was main artery that connected Italy with the Balkan and Pont. 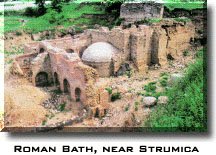 The civil war in the 1st century BC, made bad the economical condition of Macedonia, because the main events were done on Macedonian territory (the war between Caesar and Pompeius, then the war between Brut and Kasius). Also the slave crisis in the period of 3rd and 4th century manifested in Macedonia: spreading of the Christianity, the colonnade conditions and the entrance of Barbarian tribes.

There were attacks and invasions by the barbarian tribes, such as Kostobocians, at the end of the 3rd century AD. Robbed by the Visigothes in the 4th century and by the Huns in the 5th century. The Slavic moving deeply in the Balkan peninsula got to degree of an assimilation of the ancient settlements of the Balkan peninsula especially the region which the Slavs settled (Macedonia, Paionia and others...).