MacedoniaHome » History of Macedonia » Ajduts - the outlaws against the Ottomans

Ajduts - the outlaws against the Ottomans

The anarchic condition which became because of the intensity of the fights between the big feudal people, gang robbering which target was always the Christian population of Macedonia, e.g. Macedonians. In this period comes to a social differentiation between the Muslims and the Christians. Way out of this condition the Macedonians tried to find in getting away in the woods and taking part in the Ajduts. Some of them were known as Čavdar from Hrupište, Šarko from Kostur, the Ajduts of Dedo Iljo Maleševski from Maleševo Mountains and many others. The Ajduts were problem for the Turks. The ajduts were attacking their properties, lands, houses, and also their tax collectors and the merchant caravans. But because the finance crises in the Ottoman Empire (not having a money to destroy the Ajduts), the Turks collected those money from taxes of the population. So in the year of 1705 the villages of the area of Bitola had to pay 103,800 akči (in that period that was a big sum of money). In the year of 1715 for six months had to be paid 72,000 akči. The same sum was in 1716. 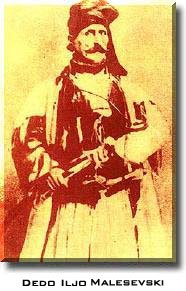 But with the big finance pressure the Christian population got extremely poor. So the villagers of Mariovo in April 1707 refused to pay taxes, reason not having money. The same situation was in the village of Brusnik in 1712, when the Turkish Kadija said that this population can't pay taxes. In May 1714 the citizens of the Bitola area paid taxes but minus 1.000 groša of the total sum of the taxes. Some of the Ajduts had big Ajduts clubs which the Turks could not do liquidation to them. So the Turkish authorities made them propositions to became Martolozes, with monthly wage. In some cases the all Ajdut clubs wanted to be Martolozes. For example in the year 1707 one ajdut club from the village of Mariovo wanted to become Martolozes club with monthly wages. But mostly of this people from ajdut clubs wanted the Turks to forgive them and to live the rest of their life's as villagers. So and the Turks forgave them. And after a few years the same people became ajduts again.  In a word they were playing with them. Because of the activities of the ajduts the agriculture had a lot of damages. There was no production at all because the ajduts were always fighting with the Turks on it.

The Ajduts mostly wanted to fight with the Turkish authorities. That's how the Kadija from Ostrovo says: "They came in the village of Brešor, Voden (Edessa) on the fair and started a couple of hours fight in which two Ajduts were captured and two killed. Most of them were convicted for a life time or as sailors in the boat-factory in Istanbul (this started in the year of 1775). But in the 18th century the Turks started of giving hard punishments to the Ajduts. Some of them were killed as punishment, like: Mile from Bitola in March 1714. Also a lot of physical punishments like cutting arm or leg had the ajduts Petko and Blagoja. In March 1714 was convicted the ajdut Nikola, son of Sebran to be cut right arm and left leg. Beside this hard punishments the Ajduts as a rebellious people and movement went on in the all 18th century.