IMRO: Struggle for independence of Macedonia 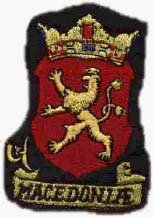 At the heart of the great Macedonian uprisings, which laid the foundations of the movement for national liberation, was the struggle of the Macedonian people to create a separate and independent state. In its program, VMRO (IMRO: Internal Macedonian Revolutionary Organization) defined the foundations of the future Macedonian state, and, in the course of the war for liberation, created political forms of authority. This authority, which existed on the territory over which the Organization had political power, organized a movement for national liberation and can be called a de facto authority. To create a new Macedonian state, VMRO started from the idea that Macedonia would thus be spared the aggressive politics of the neighboring Balkan states, and the continuing development of the idea of national liberation would be ensured. In the attempt to realize its programmatic goals, TMORO tried to give Macedonia the standing of a new state, explaining to Balkan and European governments that only thus could the peaceful co-existence of the Balkan peoples, and peace in general, be guaranteed. In appeals, memoranda, declarations sent to Balkan and European governments giving historical and scientific arguments, VMRO insisted on the need for Macedonia to constitute a new state in the Balkans, pointing out that the Macedonian people, like other free peoples, has the right to self-determination within its own state.

In the period following the Ilinden Uprising, VMRO survived, despite the severe reprisals carried out by the Ottoman authorities. In the first months of 1904, VMRO supervised the laying of wide ideological and political foundations for the building of Macedonian statehood, preserving at the same time the independence of the movement for national liberation. 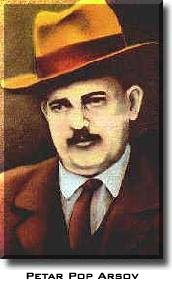 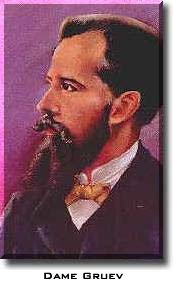 In the new conditions following the Ilinden Uprising, the idea of Macedonian statehood was revealed in the conviction that "the masses (the Macedonian people) should not rely on the possibility that Bulgaria or any other country might come and liberate them ". At the same time the future of Macedonia w defined as that of a state with independent status within a Balkan federation. These assumptions were also founded on the condemnation of attempts by Balkan States to divide Macedonia into spheres of interest and influence, and to partition its territory. The programmatic documents of VMRO, agreed on at the General Congress held in the Rila Monastery in 1905, contain the ideological, political and statutory grounds for the establishment of a new, de facto, Macedonian state. That is to say, it was agreed, as the basic premise, that, under the existing conditions of foreign sovereignty over the state, the Organization should constitute its organs and institutions as a state within a state. The kernel of the future Macedonian state was still the local revolutionary committees of VMRO (both in the villages and in the towns), but it was necessary that they develop and hold authority in local self-government . The Constitution of the Organization separated the existing legal commissions from the local revolutionary committees, as independent for the hearing of court cases brought by the population. In drawing up regulations for the state, the Organization assigned concrete functions to its political organs for the exercise of authority. Thus, the General Congress constituted itself as the leading legal body, with the right to pass binding regulations and legal acts valid throughout the territory. It was declared the court of last resort with the right to grant pardons and amnesties. At the same time, a number of principles of judicial procedure were defined. It was pointed out that, in the course of their work, the courts should be guided by a revolutionary consciousness, local common law, scrupulousness, equity and agreement between litigants. After the revolution of the Young Turks, the idea of a Macedonian state was also incorporated into the program of the newly-created People's Federal Party . This states that the structure of Turkey as such should be founded on the principles of recognition of a people's sovereignty, consolidation of the parliamentary system, election by the people of a government responsible to the people, and recognition of universal, proportional, secret and direct suffrage.

The idea of a Macedonian polity and state demanded that equality of nations and minorities be established and that privileges based on nation, class, station and religion be abolished. In insisting on the democratization of social and political life and on a constitutional and parliamentary system, the separation of church and state was sought. Thus, religious and educational matters should be in the hands of religious and educational institutions, under the supervision of elected representatives of the Macedonian people.

At this stage, there was a modification of the thesis of an independent Macedonian state within a Balkan federation. In the new situation created by the introduction of the parliamentary system, four Macedonians were elected to the Turkish Parliament, and a concept of state and judiciary was built on the legal premise that Turkey should be reorganized as self- governing territorial units, beginning with recognition of a federal structure. On the basis of this concept the Organization believed that Macedonia would acquire the status of a federal unit, and, as such, would have precisely defined responsibilities and authority, as would the central organs, i.e. the organs of the federation.

However, the establishment of a constitutional system in Turkey and changes in constitutional law did not bring about any change in the position of Macedonia.

The further development of the idea of a Macedonian state was tied to the events which occurred after the declaration of the Balkan War against Turkey and the Second Balkan War between the allies, and continued up to the end of the First World War and the conclusion of the Treaty of Versailles, when the partition of Macedonia was confirmed. 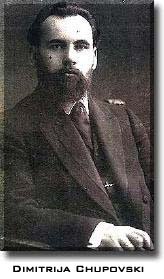 At this stage in the development of the idea of a Macedonian state, different groups and individuals came forward with various programs, views and attitudes, all expressing the vital interests of the nation. Most prominent among them were the Macedonian colony in St. Petersburg, Russia, led by Dimitrija Čupovski, the Association of Macedonian Students in Switzerland, the temporary office of VMRO in Sofia, and the group of Macedonian Autonomists in Serbia led by Grigorie Hadzhitaškovič.

All these representatives of the Macedonian people shared the idea of preserving the territorial integrity of Macedonia. Fighting against its partition, they appealed in their programmatic declarations to the international community to recognize the right of Macedonians to self-determination and the creation of their own state. They insisted that the Macedonian state should become a federal unit within a Balkan federation, and provided a political and legal conception for the proposed federation.

In order to eradicate the origins of discord, the proponents of this idea put their faith in a federal Balkan state consisting of an Balkan peoples, which would be able to ensure peaceful co-existence and progress.

Such a constitutional position for Macedonia would enable Macedonia to serve as a unifying link between the Balkan states. In this way they would meet, not with weapons in their hands, but otherwise, and thus Macedonia would contribute to the founding of a Balkan confederation.